an oceanic community of voices and performances. 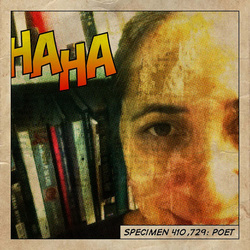 Lyz Soto is Co-founder of Pacific Tongues and between 2008 and 2012 she was the Executive Director of Youth Speaks Hawaiʻi. She has worked as the head coach of the Youth Speaks Hawaiʻi Slam Team from 2008 until 2012 and she is currently working towards a PhD at University of Hawaiʻi at Mānoa, where she also teaches English. She has performed in Hawaiʻi and across the continental United States. She has also had the honor of traveling with Youth Speaks Hawaiʻi alumni to Aotearoa, where she had the great pleasure of performing with the South Auckland Poets Collective. Her chapbook, Eulogies, was published in 2010 by TinFish Press. 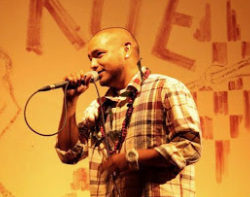 Melvin Won Pat-Borja is a spoken word poet, slam poet and hip hop artist.  Spoken word poetry is performance-based poetry that is presented as a narration, as if the poet were engaged in a conversation. Won Pat-Borja recites originally composed poetry with a rhythmic presentation, akin to hip hop style. Unlike rapping, however, spoken word poetry does not usually incorporate music.  Like many spoken word artists, the subject matter of his poetry reflects issues in social justice, education and identity.  Won Pat-Borja has been competing in poetry slams since 2003. 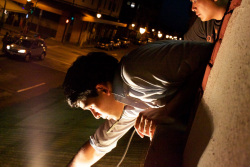 William Giles is not a player, he just writes a lot. If you ask him how he is living, he will respond "In moleskins and Bic pens, giving ends to my friends and it feels stupendous." Will is a member of the First Wave Hip Hop Theatre Ensemble at the University of Wisconsin-Madison, the first Hip Hop scholarship and performance program to be funded by a university. He was also a member of the 2008 Youth Speaks Hawaii Brave New Voices championship team. 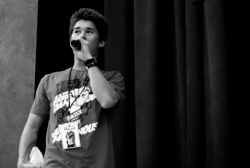 Sterling Higa is a spoken word poet, hip-hop artist, and competitive debater.  He has represented Hawai'i at nine national slam poetry competitions at the youth, collegiate, and adult levels. He was the HawaiiSlam state champion in 2010, and the first poet to represent Hawai’i at both youth and adult competition in a single summer.  He has performed and facilitated workshops across the country and at dozens of Hawai’i schools.  Currently he coaches debate at Punahou School and is Program Director for local literacy non-profit Youth Speaks Hawai’i, and he will graduate this December with a bachelor’s degree in Communicology from the University of Hawai'i at Manoa. 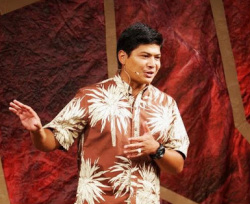